In the 6 years since its establishment, our association has carried out innumerable events. Enabled thousands of people to observe and participate in the training presentation. Our association continues its activities in line with its aim and plans. Our association, which is one of the very non-governmental organizations in our country that focuses on scientific studies, is a pioneering institution. The vision and mission of our association are described as follows in its character.

Vision To reach where all individuals are scientifically literate.

Mission To design and platform all kinds of popular science activities that can be effective such as observations, seminars, demonstrations, and meetings to contribute to the establishment of the scientific culture in our society.

It has been experienced many times that in our contact with people, the fundamental problems of their existence are answered. A 15-years-old volunteer has shared the following statements about his desire to become a member of our association because he describes such a touch I have been interested in space since I was a child. As I got older, I started to see it more as science, different ideas, new information, and a profession that I want to do in the future. I am not only interested in astronomy, there is much more. I could not find anything else the excitement I felt when I went to the libraries to research new information about astronomy and the pleasure I get reading magazines and books about space and science. People around me asked me ‘what do you want to be when you grow up When I called the question ‘astrophysicist’, I did not mind that they looked at me with their cynical and condescending attitude. Because I have never given up on what I do out of love and I never will. I would like to participate in activities at an early age for an astronomy-related project, club, or association, more closely with space, to learn more information. I want to join our club with a great desire for the love of astronomy as big and endless as the space inside me. I hope you will respond to this voice. We invite all citizens, from seven to seventy, to join our club.

SOME MAJOR EVENTS PLANNED AND/OR ONGOING

Telescope Workshop: The first telescope workshop was opened in 2018. Participants their own 6” telescopes under the guidance of the advisor. In case of demand, the Telescope Workshop will reopen and continue to serve astronomy enthusiasts in our region.

International Symposium on Light Pollution: With the knowledge of the LP (Light Pollution) panels, LP mapping research studies, and the Dark Sky Friendly Luminaire Design event, which is also included in the BAAK plans, the international participation in Bursa is a medium-term meeting to organize a light pollution themed symposium and complementary initiative activities are planned.

Routine Monthly Sky Observations: To share the beauties of the sky with all citizens and to arouse interest, sky observations are routinely made once a month.

Routine Seminars: It is planned to organize various seminars for the content of different experts and researchers on popular science topics that can be presented to the public.

School-Based Teacher Student Seminars Observations: Seminars and observations have been held, taking into account the curriculum that selects school students and teachers as the target audience, and it is planned to continue in case of demand.

SAIKE Project: It is thought that street lighting fixtures (LP) have an effective share in light pollution. It can be said that revealing this with scientific research will be a basis for the development of the right policies in the LP struggle. For this purpose, with the support of the Bursa Governor’s Office, a Project was designed to carry out measurements by turning off the Street lamps in an appropriate district in Bursa with possible stakeholders and volunteers.

Dark Sky Friendly Lighting Luminaire Design Project: A design competition is planned to support and complement our Light Pollution activities. It is planned to organize a joint event with the Municipality, EMO, and ATMK Lighting National Committee with the slogan of dark sky-friendly luminaire, which will raise awareness among the Project offices and lighting fixture manufacturers on Outdoor Lighting.

Nilufer Science Centre Project: Education and career indicators of the residents of Nilufer District have a distinguished place in our country. In addition, as an indicator of the demand for education, the city is a region with the highest concentration of private schools in Turkey. With the support of the municipality, it was considered to establish a civil science center. This idea has been included in the Nilufer Municipality Strategic Plan with the initiatives made. An initiative is being drafted in this regard.

Science Culture and STEM Panel Symposium: Considering the interest of the institutions in the STEM panel we held in May 2017, STEM-themed symposiums panels are being designed, where this potential will be evaluated and which can become a brand in Bursa, the production area. The event designed for a symposium panel was made to get to know the example of Hasip Sönmezalp and to discuss the science culture in our country. Stakeholder meetings with BTSO, BUTGEM, and Nilüfer Municipality continue.

Science Expo and Astrofest Uludag: As BAAK, it participates in the astronomy and observation-themed event organized by BTM every year in Mt. Uludag and the Science Expo is held in TÜYAP with various workshops and presentations.

Our Spectacular Sky Villages Observation Event Series: The purpose of the event series, which will be held in cooperation with the headman of the relevant village, is to provide our villagers with basic sky knowledge and our urban citizens to meet the magnificent sky. With this science culture activity, our fellow citizens will experience the beauty and their curiosity for science will be stimulated.

Space-Themed Poetry and Painting Contest: Announcement to middle school and high school students aged +14, and participation of the candidates who wish to participate in the contest with their original poems and pictures with the theme of space and astronomy. As a reward; composing the poems to be ranked and, if possible, giving non-cash financial incentive awards according to to sponsor opportunities. Allowing enough time for a musical ensemble and giving a public concert for the compositions at the August 12-13 Perseid Meteor Shower Observation.

Tirilye İsmail Akbay Science Days: In 2022, we actively participated in the Tirilye Science Days, organized by the Tirilye Cultural Association to commemorate İsmail Akbay, the first Turkish scientist working at NASA, which we support every year, with seminars and workshops.

AÖS Mudanya: AÖS Astronomy Teacher Seminar series was held in Mudanya with the support of AÖS-Mudanya, Mudanya Municipality, in the organization of our association for the teachers who are institutionalized throughout the country.

Light Pollution Nilüfer Project: The Nilufer district light pollution Project which has carried out within the framework of a joint protocol with Nilufer Municipality and EMO in 2017. The Project team carried out more than a thousand measurements at 180 different points in the district. After the analysis and graphic studies, the LP (Light Pollution) map of Nilufer was drawn.

Light Pollution Bursa Project BIKA: Bursa Light Pollution Project Research was carried out within the framework of a joint protocol with Bursa Metropolitan Municipality and the Healthy Cities Association. Within the scope of the Project, a light pollution map of Bursa was drawn in 2019. The Project was carried out under the coordination of BAAK and the consultancy of Prof. Dr. Zeki ASLAN. In the investigation of light pollution, measurements were made with a special device (SQM) in the field every night with 15 teams. To draw the light pollution map of Bursa, measurements were required at over a thousand points. The fact that the number of measurement points is so high has necessitated the involvement of civil science power. Likewise, the competition in a short time at thousands of points in field conditions was only possible with the contribution of many science-loving volunteers. This research has set an example in our country with its results, construction, and many other aspects.

Başalan Highland Dark Sky Park Project: Bursa Metropolitan Municipality was supported in the establishment, idea development, location, and establishment processes of an international park in Başalan Highland as a product of the BIKA Project to serve the purpose of providing a dark sky park for our country, which is one of the aims of the association.

Observations: In dozens of public observing events, the first of which was held on November 15, 2016 in Hudavendigar Park, thousands of people had the opportunity to observe the moon, Jupiter, Saturn, and other planets, Geminid Meteor, and Perseid Meteor.

Seminars: The first is starting with the astronomy talks at the Gorukle Cafe on 01.10.2016, hundreds of seminars have been held to has caused date. presentation on astrophotography, telescope-making seminars, pseudoscience presentations, basic concepts in astronomy, the solar system, light pollution, and space safety.

Establishment Story: The history of the association can be extended to Hasip Sönmezalp. Sönmezalp received The Golden Hammer Award from the USA in1954 with the telescope he made himself. Bursa is a lucky city in terms of astronomy. The leadership of Sönmezalp has been instrumental in the proliferation of amateur astronomers in our city. With the dissemination of science centers throughout the country, which has adopted as a national policy in 2000, the communication environment brought by the TUBİTAK (Scientific Research Council of Turkey) science festivals in recent years, the foundation of the association was established on November 30, 1916, with the initiative of 16 citizens who were excited about science. Association Bursa Amateur Astronomy Club was established with its long name and BAAK’s short name. If we do not count the school clubs, the amateur astronomy club association as a non-governmental organization existed only in Batman in Turkey. Thus the second one was established in Bursa.

Name Change: As clearly stated in the charter o the association, it has adopted the vision of bringing science together with society and increasing the scientific literacy of the people. The fact that the association’s name is Astronomy Club has caused the perception of some people and some members that the activities are limited to sky observations astronomy education and astrophotography. Some of our members who wanted to stay in this limited area left our association at the beginning of the pandemic. To eliminate these perception errors and to overcome the locality as it is one of the firsts in its field in our country, the name of the association was removed from Bursa, and it was decided that the new name would be the Science and Amateur  Astronomy Club Association, and the name change was made in Ordinary General Assembly held in 2021.

Association Office: The association has its own office in the Nilufer Association Campus, where its address is. It is used as both the administrative center and a place where various activities are carried out.

Our Facebook Page: Apart from reaching our volunteers, our Facebook page is used as an important tool to announce our events. https://www.facebook.com/bursabaak/

Our Youtube Channel: Interview videos made within the scope of online events can be accessed on our youtube channel. https://www.youtube.com/channel/UCikW2NyfJ1ulHpMq8vHrtWg/videos

Volunteer Group: More than 130 BAAK volunteers who communicate with the Whatsapp application share their knowledge and feelings about astronomy on this ground.

Website Our, website, which is visited by dozens and hundreds of science and astronomy enthusiasts every day, is getting richer every day. 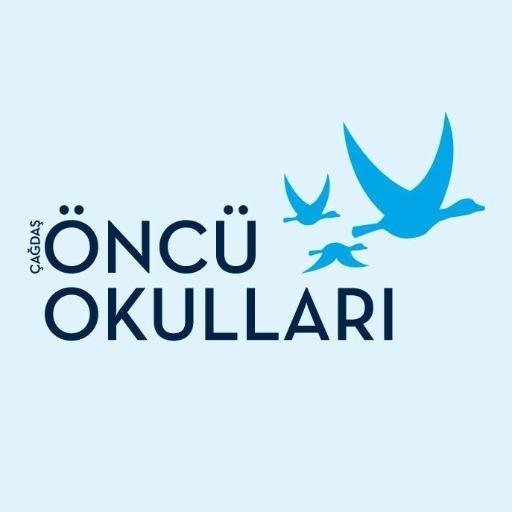 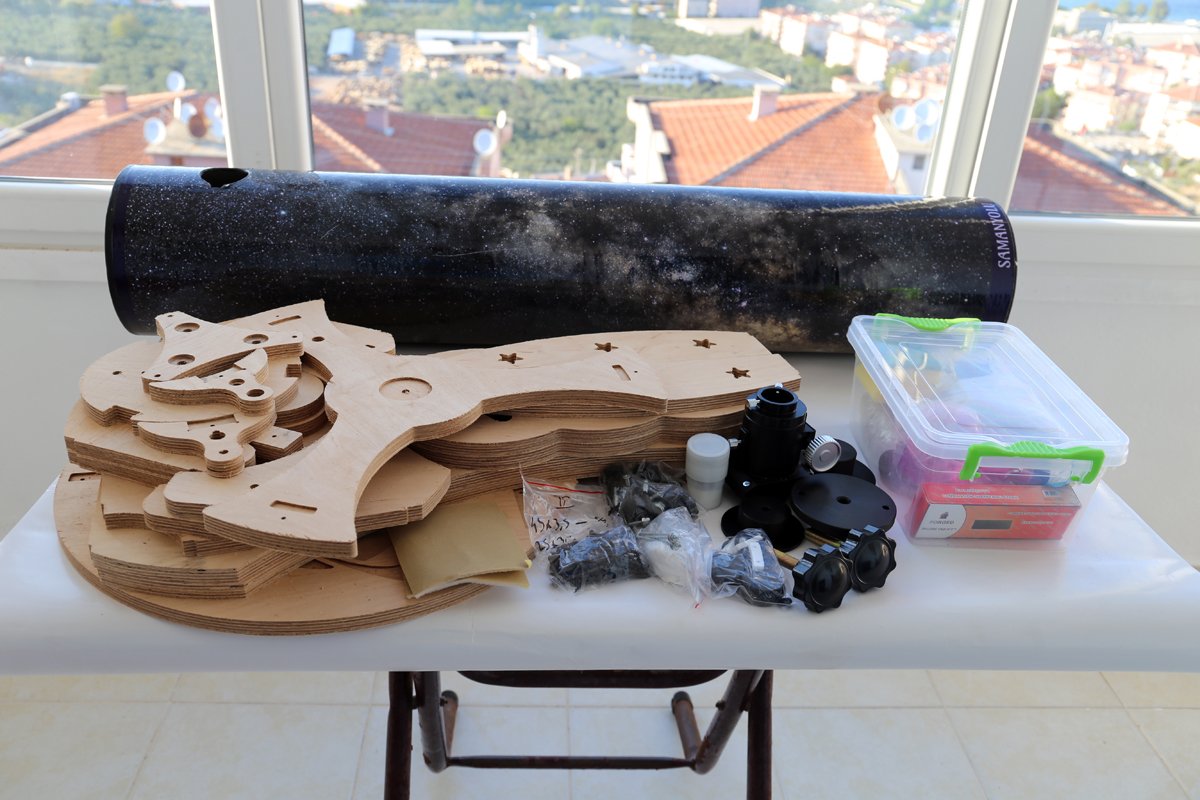